A year ago, the news that Kevin Magnussen was set to race in the Rolex 24 at Daytona once again in 2023 would not have come as a surprise. The fact it was going to be in GTD perhaps might have been, but less so when you noticed the name Jan Magnussen on the same entry.

His likely withdrawal due to surgery is frustrating but understandable, because it is anchored in his need to be fully fit for Formula 1 pre-season testing. And that’s where the turnaround is so wild.

Rewind 12 months and Magnussen was preparing to drive the Cadillac DPi in the January classic for the second time, and would go on to earn a fifth place as he kicked off his second season with Chip Ganassi in IMSA. It would turn out to be his only outing of the year, as his next trip to Florida – a planned family holiday – came off the back of a call from Guenther Steiner about his availability to return to Haas.

You know the story. Magnussen agreed, finished an incredible fifth in his first race back and scored more points next time out in Saudi Arabia. The Dane couldn’t stop beaming, and although those highs couldn’t be regularly replicated throughout 2022, even with a season under his belt the career turnaround still feels special.

“I don’t think it has worn off,” Magnussen tells RACER of getting another chance in F1. “After a while, all the reality sinks in that ‘OK, I’m back’, I think you become more focused. So in a way you stop thinking about how amazing it is – if you want to call that ‘wear off’, that does wear off, but it’s not that it’s become less fantastic. It’s just that, ‘OK, you have a job to do, let’s focus on actually what the challenges are’.

“In the beginning of the season, it was almost like hard to be skeptical or critical about anything, because it’s just like, ‘Ah everything is fantastic!’. And then you start focusing, so it’s more like that, it’s not that it’s any less fun, that it’s any less fantastic. It’s just more focused.”

To use his own word, nothing was more fantastic than Friday at Interlagos, when Magnussen’s dream return hit another high as he took pole position for the first time in F1 ahead of the Sprint weekend in Brazil.

“It’s crazy to think about. It’s certainly the biggest moment of my F1 career, I really enjoyed it. It was a great thing for us as a team to finish off the season with such a high going into the winter with the memory fresh in our minds of a pole position, it’s pretty great.

“We know we’re not usual pole contenders but when the opportunity is there we grabbed it and got pole.”

Despite such a stunning moment at the end of the year, it’s not actually F1 that makes Magnussen’s story so compelling now. It’s the departure, the time away and the fact such a talented driver was happy elsewhere before being handed an opportunity he never thought he’d get.

“2021 was great for me, because it was kind of just like, back to basics and getting an opportunity to just be a racing driver.

“I did many, many different things, which was fun. I did some some IMSA racing, which was a lot of fun. Did Le Mans with my dad, which was a big thing. Although we had a s****y race, it was such a big opportunity, it was massive, I felt so privileged to be there – to be at the Le Mans 24 Hour with my dad, in the most competitive category. We didn’t go in like an amateur class or anything, we actually went in LMP2 against some bloody good drivers and teams and did that together, father and son. That was amazing.

“And I did an IndyCar race! I did some testing with Peugeot in hypercar, I was part of that program which was exciting too. So I think I had an amazing year. I became a dad, I moved back to Denmark for the first time in a decade… A lot of good things happened.”

He’s not just saying it, either. It would be easy to pay lip service to other categories now he’s back in F1, but Magnussen followed a 22-race season – that he hadn’t been prepared for and by his own admission was not fully fit at the start of – with a Gulf 12 Hours appearance alongside his father. And then had the Daytona return plans.

So while he admits he has a new appreciation of getting to drive F1 machinery and race full-time in the series again, Magnussen says that’s not the only thing his year away from the paddock taught him. 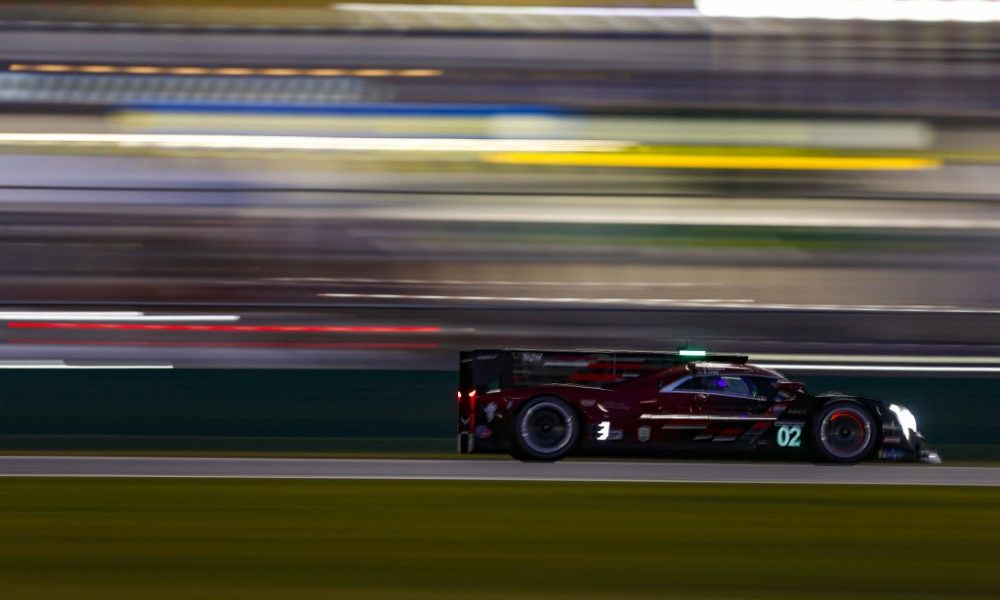 Magnussen’s year started at Daytona, and he had planned to return. Jake Galstad/Motorsport Images

“It also gives you a different perspective of many things. Like, for example, how good the drivers are that are the top drivers in IMSA and WEC and IndyCar – they are bloody good. They are so good. It’s not like Formula 1 drivers are the only drivers that have this capability, or level. There’s a lot of talent, so that was also very interesting to see.

“I’m looking forward to many things (after F1 too). Yeah, F1 is the top level of motorsport – you can’t get around that – but I’m also racing driver who just loves racing cars. I think 2021 really confirmed that ‘Yeah, I do love racing!’. Not that I ever doubted it, but I really felt it how much I love racing. I guess that was a very good thing to have.

“I guess it kind of lifted some of the pressure off my shoulders. Some of the pressure that I had on myself has changed. Not that it has gone, there’s a lot of pressure of being a Formula 1 driver – I want to be successful in what I’m doing for my own job and I want to be successful here, that’s my focus – but sure, I know that there’s a life out outside of Formula 1, and that life is also very good too.”

As a new father, there was a temptation for Magnussen to stick with that life outside of F1 and get more time with his family. But he says his return was actually part of a bigger picture, thinking about the long-term as his daughter grows up.

“It’s certainly hard being away from your child, because there’s a lot of change. You go away for two or three weeks, and you come back, and this little person is a different person. It moves so quickly, and sometimes you worry that you’re missing stuff.

“But on the other hand, doing this allows me to have a lot of opportunities after life in F1. Before I got my sponsor as a 15 year old I was working in a factory as a welder. And I sometimes think about how life would have been if I hadn’t got this sponsor involved, and I probably would have just been a welder.

“There’s nothing wrong with that, but still, doing this means that when I’m done with F1 I can do what I want to. I don’t have to do anything, I can do what want, which is a super-privileged position to be in. I think it’s important to remember to appreciate that.”

How serious a setback is F1’s five-year absence for its growth in China? · RaceFans