Car launch dates are being announced like they are the biggest story in the world, and even a new Haas logo is worthy of a headline. Yup, it must be January.

It’s the time of year when reflections on the previous season give way to hopes and expectations for the upcoming one, and progress with car builds ahead of pre-season testing getting underway next month comes to the fore. Heck, we’re only 60 days away from lights out at the first race of the year.

And this is exactly when I start thinking about my hopes (and sometimes dreams) for the coming season, to outline just what I think would make 2023 a cracker.

MERCEDES BACK IN THE MIX

I know it almost seems boring after the dominance Toto Wolff’s team had, but I looked back at last year’s wish list and I wanted Mercedes and Red Bull to remain closely matched. That didn’t happen and while Ferrari and Charles Leclerc started strongly, it really felt like we missed out on the next installment of Max Verstappen vs Lewis Hamilton last season.

There’s so much history already between the two of them, and as Brazil (pictured above) showed they’re still not prepared to give an inch even without titles on the line. But Mercedes really needs to deliver a more consistent car from the word go to put Hamilton and George Russell in the frame as proper threats.

Red Bull had it too easy in the end but if Ferrari learns from its mistakes and Mercedes offers a serious challenge, then we could be in for a classic season. Three teams fighting for the title feels so close.

Firstly, I actually think Red Bull’s punishment is pretty severe given how low the overspend ended up being when the FIA explained the incorrect application of tax costs. But what seemed to be the bigger misdemeanor in my eyes was the admission it had been aggressive with its budgeting and then not asked enough questions, opting for forgiveness over permission.

Other teams went a different way and were then rightly able to take a strong stance against Red Bull’s breach, which will have impacted performance to some degree but not to the extent of its advantage over the field or the way it executed races better than Ferrari.

All of that said, the cost cap clearly creates issues if any team overspends, and a hardline approach is the right one to deter them from doing so. Whether the punishment handed out has a major effect will only become clear during this year and into 2024, and while I’m not wishing utter failure on Red Bull, if it isn’t a noticeable penalty then it could lead to more teams being willing to risk breaching the cap slightly in future.

The setting should be dramatic, but will the Las Vegas GP measure up?

There’s been quite a mixed reaction to the Las Vegas Grand Prix, it has to be said, with huge excitement about the spectacle from some quarters, but dissent at the cost and target audience from others.

It’s certainly going to be different, but the closest thing it can be likened to is Monaco, with a race around the streets of a venue that puts such a focus on money and wealth. The difference being, you’re going to be able to overtake around Vegas.

There are set to be 24 different races this season and some are far more expensive than others, and just like I will likely never be able to afford a Super Bowl ticket, Vegas would price me out too. But it’ll be a success if — like the Super Bowl — people tune in in huge numbers and see a spectacular event with some exciting racing. If that makes even more people dream of being able to attend, even better. 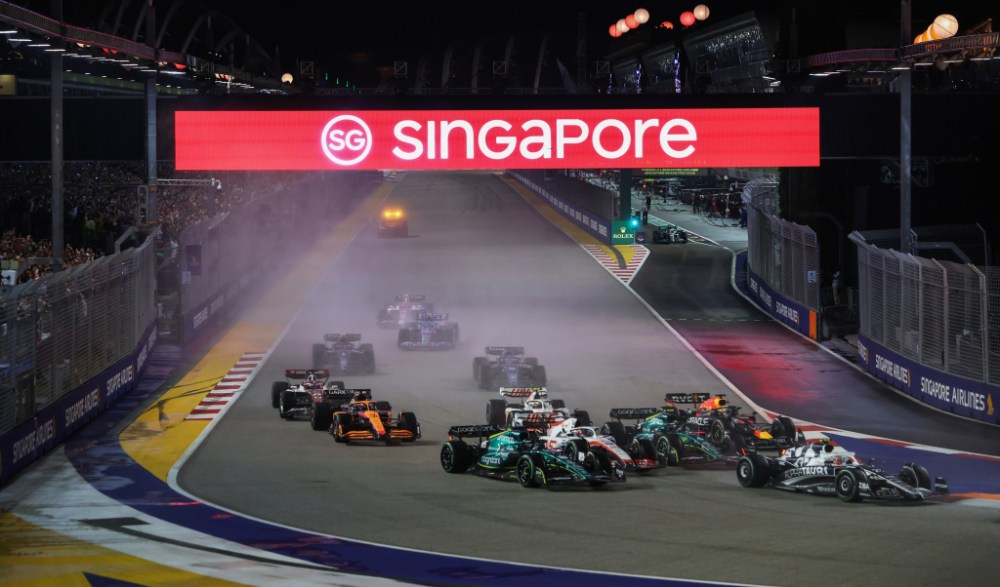 THE MIDFIELD CLOSES IN

I know, I could pretty much cut and paste some of these entries each year, but there’s a bit of reason for hope here. Usually new regulations see big spreads in terms of performance across the grid and we then have to wait a number of seasons for convergence to close the teams up, typically just in time for another rule change.

2022 was different. On a track with a variety of corners and a lap time nearing 90s, just 1.7s covered all 20 cars in Q1 in Abu Dhabi, showing that nobody got it massively wrong. Even Mercedes had a win by the end of the year, despite its car concept issues…

If previous trends of convergence are anything to go by, we should see an even more closely matched field, but in a cost cap era it could be that the bigger teams find more performance when developing new cars each off-season. I’m hoping for the former, with the likes of Alpine and McLaren closing up towards the top three but not leaving others behind either. 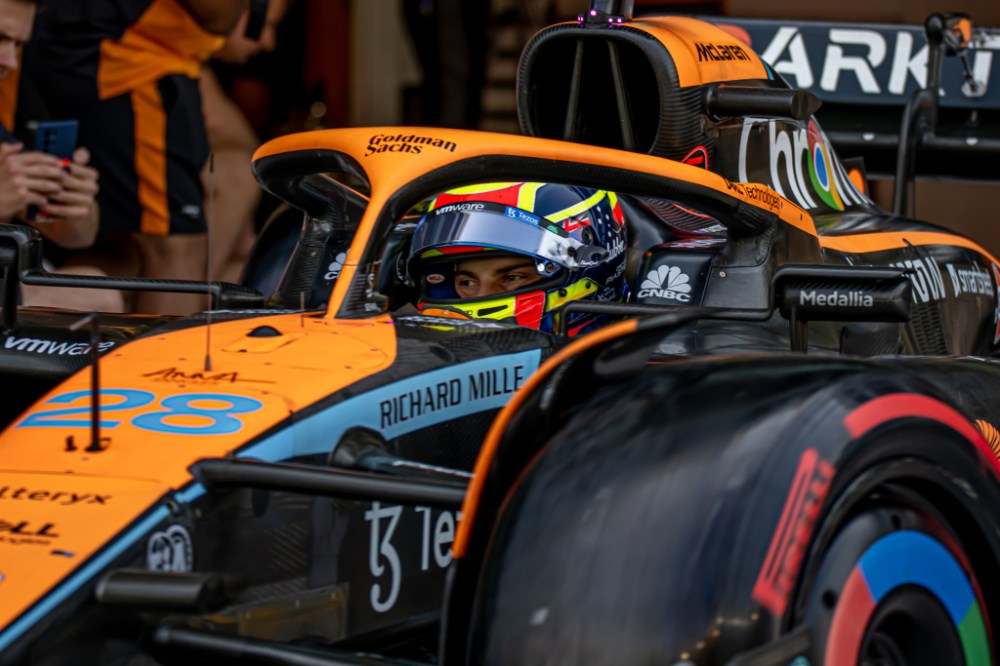 A golden opportunity in F1 can be a double-edged sword, as Oscar Piastri may find at McLaren. Michael Potts/Motorsport Images

PIASTRI LIVES UP TO THE HYPE

You’ve got to feel for Oscar Piastri. It feels like the young Australian is already up against it before he has even taken part in his first practice session. The whole saga surrounding his future saw his integrity questioned by Otmar Szafnauer and Alpine, but in reality he had simply been advised to safeguard his future after poor treatment from the team.

McLaren has evolved into a good school for young drivers if Lando Norris and Carlos Sainz are anything to go by (OK, Carlos wasn’t that young), and also showed faith in him when looking for a replacement for Daniel Ricciardo. And it’s that last point that is crucial, because Piastri should only be benchmarked against the man he’s replaced, and even then his potential needs factoring in.

He might not set the world alight instantly, but pressure will build quickly if he doesn’t, so fingers crossed he makes a strong start.

FIA president Mohammed Ben Sulayem kicked the new year off with a tweet stating he has told the governing body to look into inviting Expressions of Interest (EOI) from new teams that could potentially join the F1 grid.

Exciting times, but it all feels like a bit of a power play. A lot of work has been done by F1 itself regarding potential new OEMs — Audi and Porsche being two — that were showing interest, but the FIA has to get the ball rolling for any 11th entrant with an EOI allowing official submissions.

I’m wary it might just be a reminder of the FIA’s importance on that front, but I really hope it actually allows teams — including Andretti — to properly state their case. F1 and the existing teams could well veto it, but if the FIA is serious and a prospective new entrant has the right business plan then the door could be opened.

And for me, F1 needs more teams at a time when it’s strong. There’s huge sponsor interest, way more than 20 drivers who could grace the grid and a set of rules that give anyone new the best chance of being competitive at the very least. 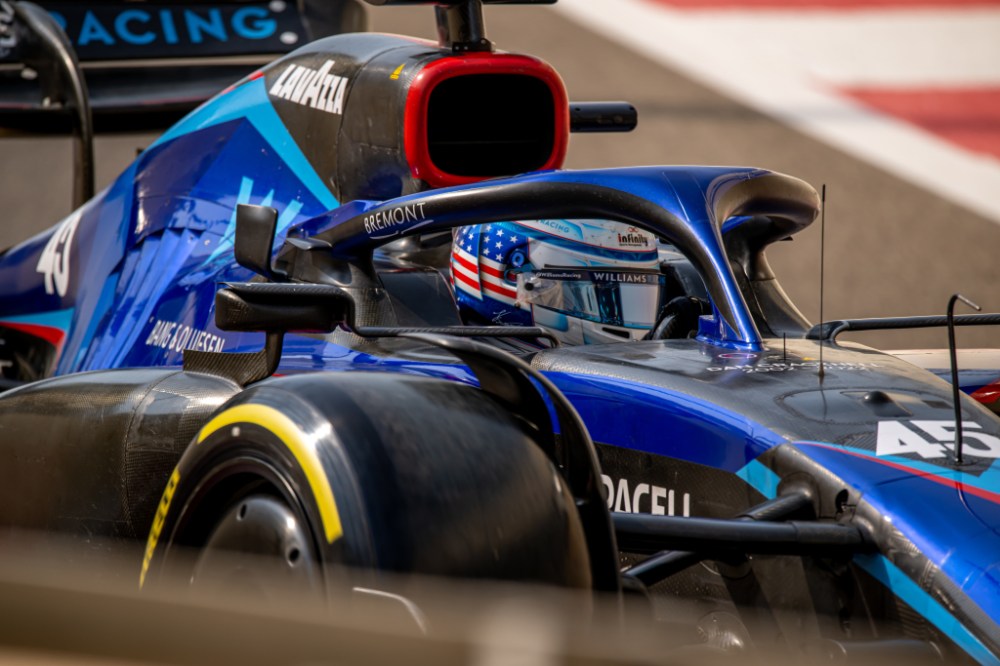 The Stars and Stripes are back on an F1 helmet in Logan Sargeant. Michael Potts/Motorsport Images

A chance for Andretti to enter F1 would clearly be massive for the sport in the United States but there’s already an American driver coming to the grid this year. Logan Sargeant is the first full-time driver since Scott Speed in 2007, but he is also going to be driving for the team that was slowest in 2022.

It’s a tough environment to enter for Sargeant, especially up against Alex Albon, and it comes a year earlier than had originally been planned. But impressive rookie performances in F2 sped up the process and in replacing Nicholas Latifi, he doesn’t have the largest shoes to fill that he could have faced.

There’s not a massive amount of interest in the Floridian given the situation and the fact that he hasn’t been winning junior titles recently, but he has shown up well in both competitive and trickier machinery and it would be great for Williams, fans in the States and Sargeant himself if he displays solid improvement through the year.