The summer break brought a series of surprise announcements on the Formula 1 driver market. As the paddock reconvened in Belgium, more big news was just around the corner.

After an early morning journey over to France and across to Belgium, I was excited to head back to Spa for just the second time in my career.

As with most press days, I made my way to the circuit early. The sun was beaming down on the track: This is especially of note due to the nature of the Circuit de Spa-Francorchamps, which is usually somewhere between damp, grey or soggy over an F1 race weekend.

I began my day at Aston Martin to delve into the news that had broken over the summer break that Fernando Alonso will replace the retiring Sebastian Vettel in the team at the end of the season. Heading up the stairs to speak to team principal Mike Krack, I settled myself on the sofa in their rather impressive motorhome.

The team was clearly the winner of the surprise driver market moves which unfolded immediately after the Hungarian Grand Prix. Krack was quick to praise Vettel for informing the team promptly of his decision to retire, leaving them enough time to swoop for Alonso.

Next I stopped in at AlphaTauri to catch up with Yuki Tsunoda who, in all honesty, looked rather downbeat despite the summer break. The team have struggled hugely with their form over the last few races and it appears to be taking its toll on the young driver.

At least he got to swap helmets with Fernando Alonso, who’s continuing to expand his already substantial collection. 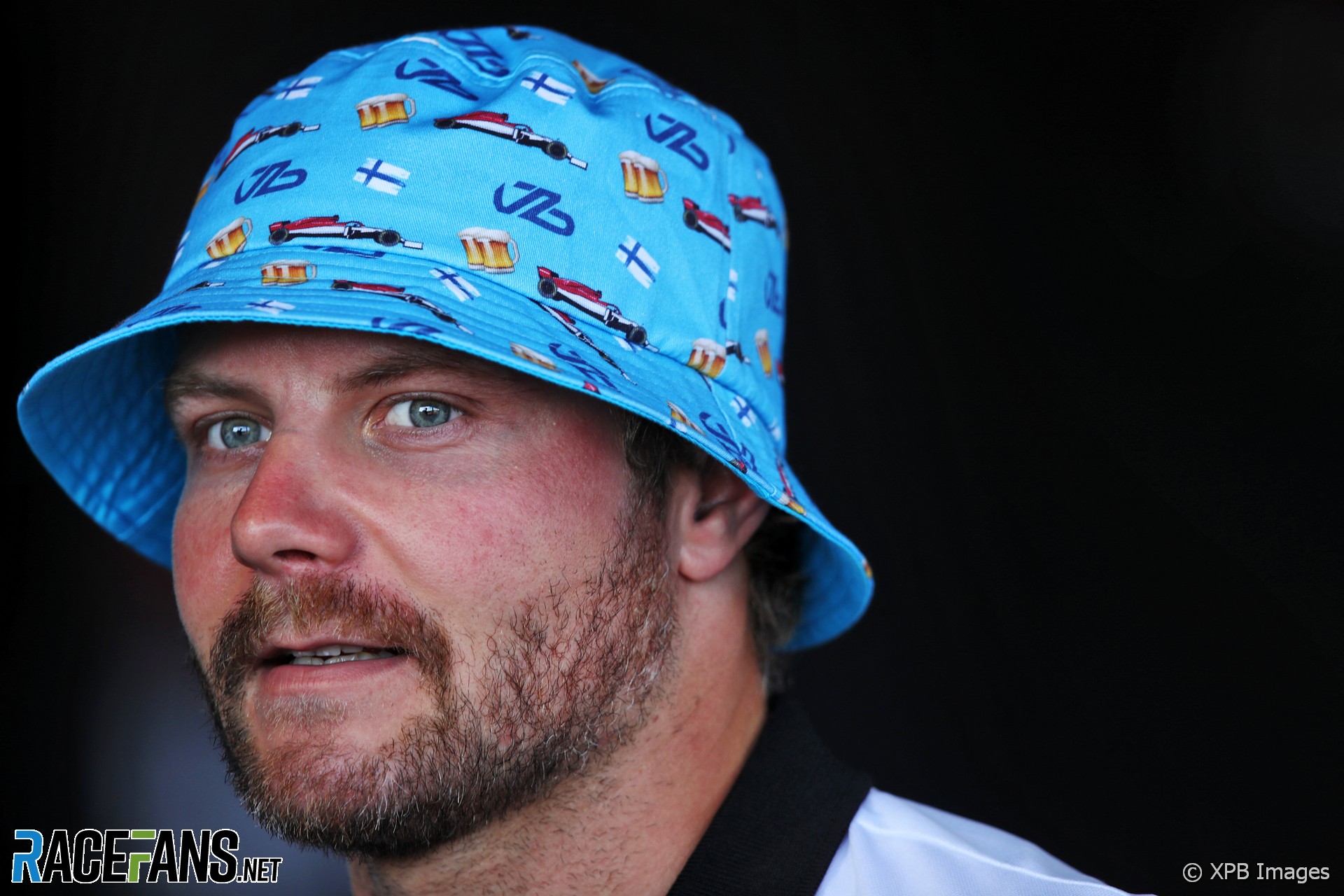 Valtteri Bottas was up next, sporting a rather interesting new branded bucket hat. “This is all thanks to you” he remarked, eyes twinkling: I had gifted him my free Paul Ricard bucket hat in France. I laughed and joked I would prefer a cut of the revenue. “I can at least get you your own hat,” he offered… 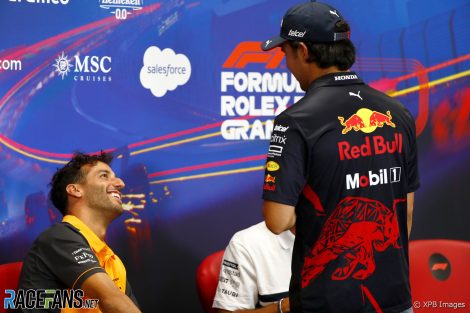 The two FIA press conferences were busy. Daniel Ricciardo was inevitably a focus of attention as McLaren had announced 24 hours earlier he would not see out the final year of his deal in 2023. He sat in the middle of the five seats, his usual wide smile notably absent, a sadness behind his eyes. The impact of what happened over the last few days was understandably still being felt, but he conducted himself superbly, explaining his side of the story and, in true Daniel Ricciardo style, wearing his heart on his sleeve.

It was a long journey back in the evening, but we had another early start on Friday. A press conference has been arranged for 9:15am the following morning. All we were officially told was that FIA president Mohammed Ben Sulayem and F1 CEO Stefano Domenicali would be in attendance plus other, unspecified parties. It seemed the paddock rumours of an impending announcement that Audi was to enter the series were about to be realised. 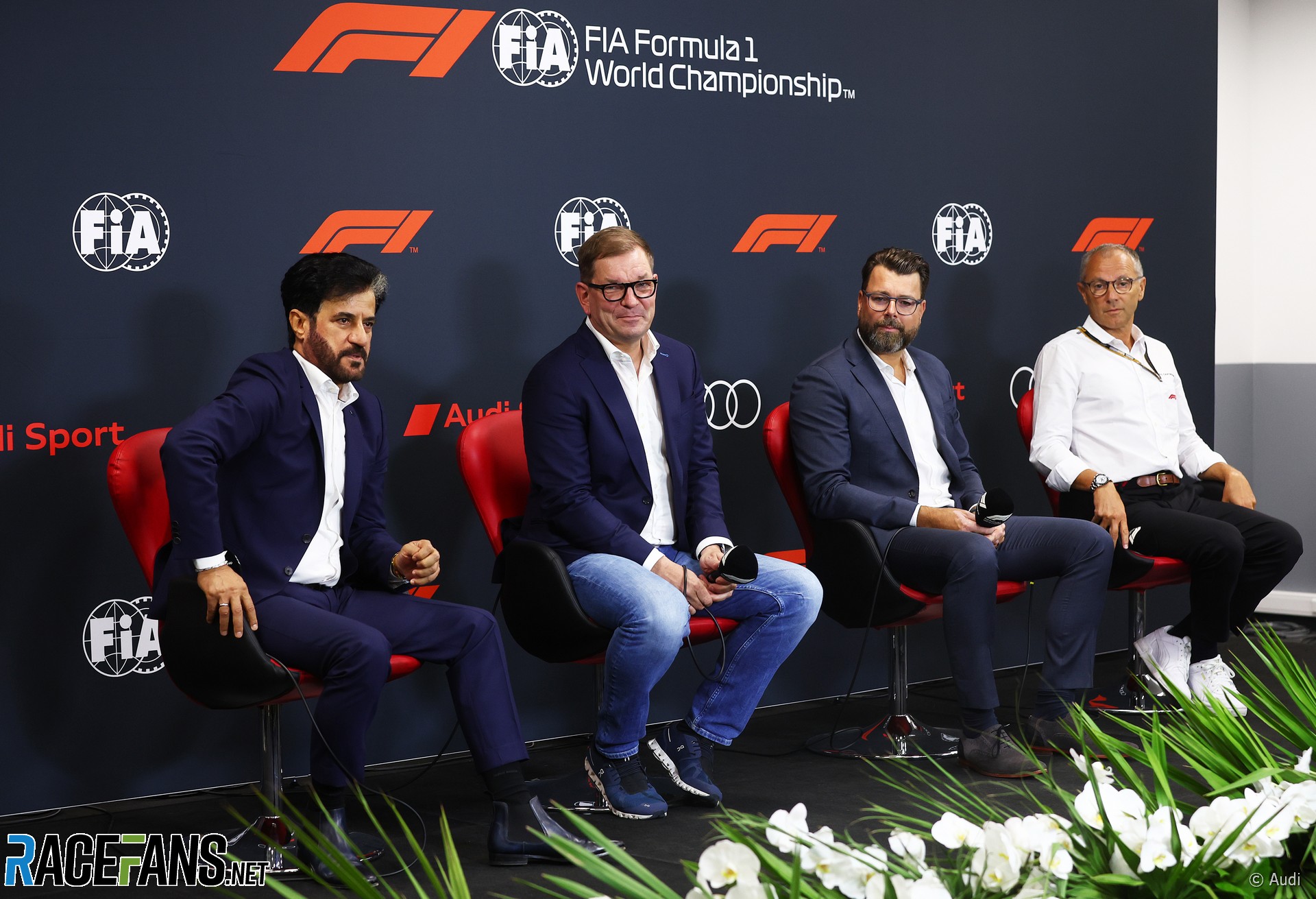 Climbing the hill towards the paddock I chuckled slightly as I noticed an FIA sign that warns teams that the paddock is still under curfew. You know it’s an early start when not even the teams are supposed to be there yet. 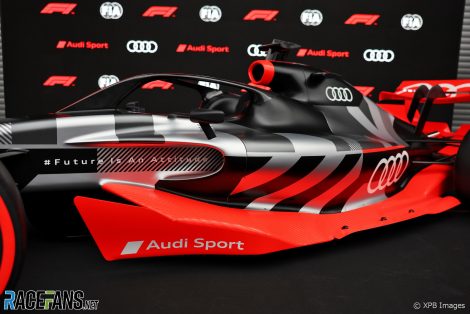 The press conference room was full of people waiting to hear an announcement many had long expected. Sure enough, the FIA president and CEO of F1 entered the room joined by Audi chairman Markus Duesmann and chief technical officer Oliver Hoffmann.

This early start to proceedings left a five-hour wait until a Formula 1 car hit the track. That proved an opportunity to catch up with paddock colleagues on their summer breaks.

The circuit and promoters had clearly put in a lot of work to improve traffic management, but the queues coming out of the track were nonetheless pretty shambolic. It meant that I had a two-hour journey to get back with very little time to sleep ahead of Saturday’s commitments.

The sun had disappeared behind the clouds by the time I woke up on Saturday morning. The journey into the circuit was relatively clear helped by the fact I was leaving so early, but I was keen to see what awaited us with grid penalties looming for many drivers. 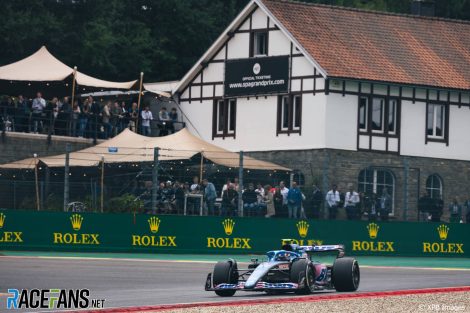 As I walked up the stairs towards the media centre I was surprised to bump into Lewis Hamilton. It’s not often you’re greeted so warmly by a seven-time world champion, so I blurted out some sort of hello back and he complimented me on my dress. I personally don’t think I am particularly fashionable, so to be praised by possibly one of the most stylish people in the world did give me a little spring in my step for the rest of the day.

From discussions in the paddock I learned terms had been agreed for the Belgian Grand Prix to return on the 2023 F1 calendar. It appears efforts to get the South African Grand Prix back on the schedule next year have halted, with promoters and organisers keen to get it right for 2024 rather than rush things. 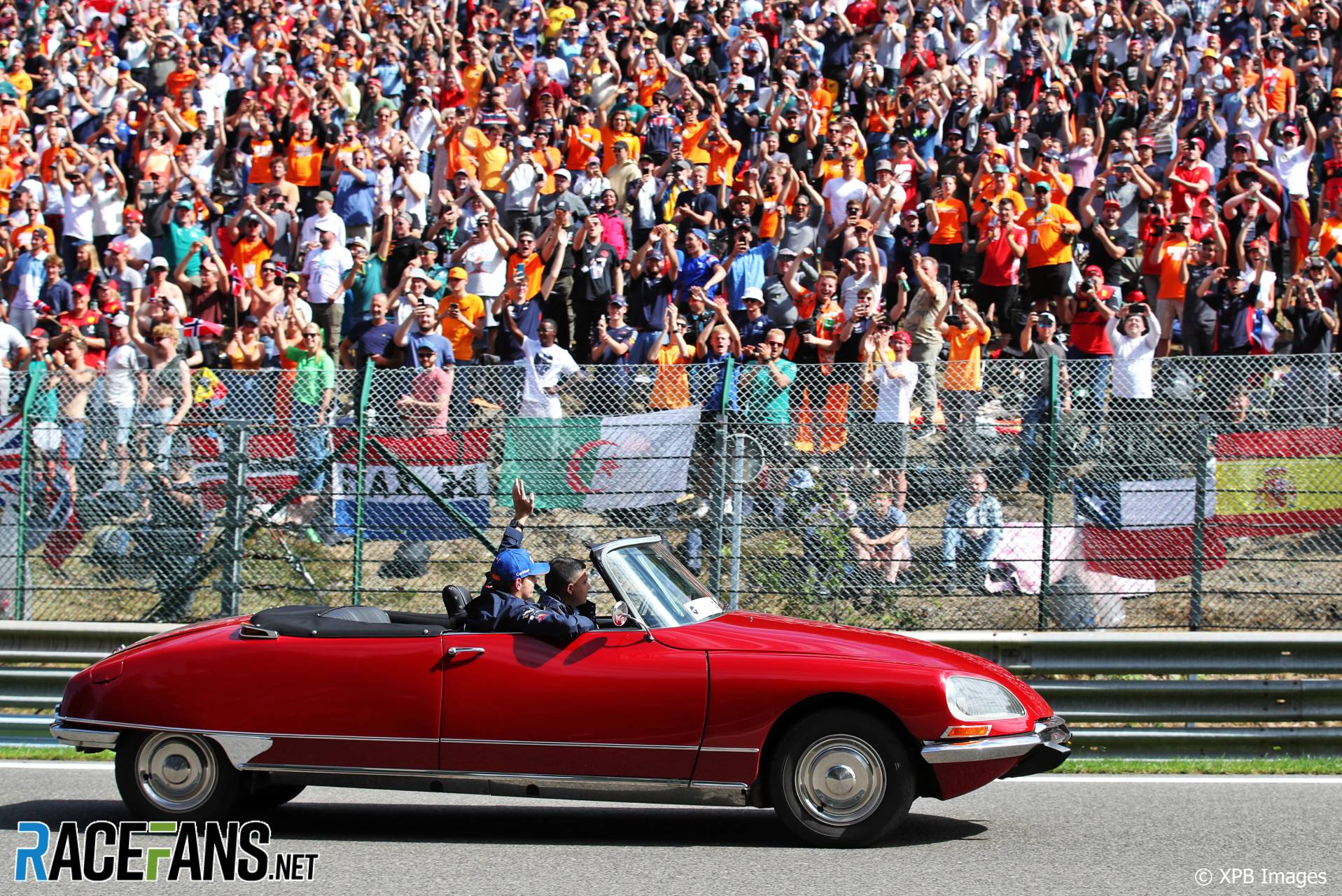 Predictably, traffic was far worse on race day. It appeared many more people descended on the track on race day than earlier in the week, which is not a trait we’ve seen this season as fans have often enthusiastically arrived on Thursdays and camped out to see a glimpse of their heroes.

The grid was busy later on ahead of the race but felt relatively calm. Toto Wolff flashed a smile at me as I took in the sights and sounds of the track. I could hear fans chanting Hamilton and Verstappen’s names, while clouds of orange smoke ascended into the sky. This is always one of my favourite moments of the weekend but soon the alarm sounded, indicating it was time to clear the grid. 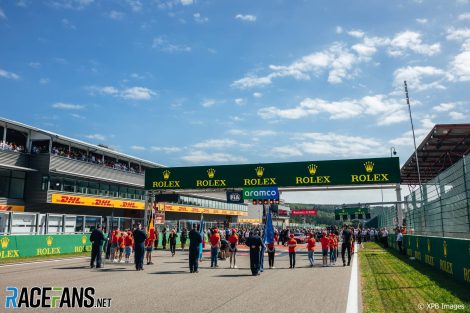 A dejected Valtteri Bottas was our first visitor to the interview zone after his race was ended as he spun trying to avoid the wayward Nicholas Latifi. He was quickly followed by Hamilton, who wasn’t impressed to learn of Alonso’s remarks about him in reaction to their collision.

After the race, I could see Charles Leclerc speaking with Pierre Gasly, hand on hip and looking over his shoulder as the Ferrari driver explained his latest disappointing race. Gasly put a hand on Leclerc’s shoulder before walking to his next commitment, and Leclerc carried on his. Maybe a moment to comfort the man from Monaco after Ferrari’s error.

Spa’s new deal for 2023 was officially confirmed shortly before the race began. It was therefore news to most drivers after the chequered flag, and they unanimously approved of its continuation, even if it’s only for the short-term. But without that, we’d have left Spa in the expectation we were not to return any time soon. In the meantime, there’s just a couple of days’ rest before Zandvoort. 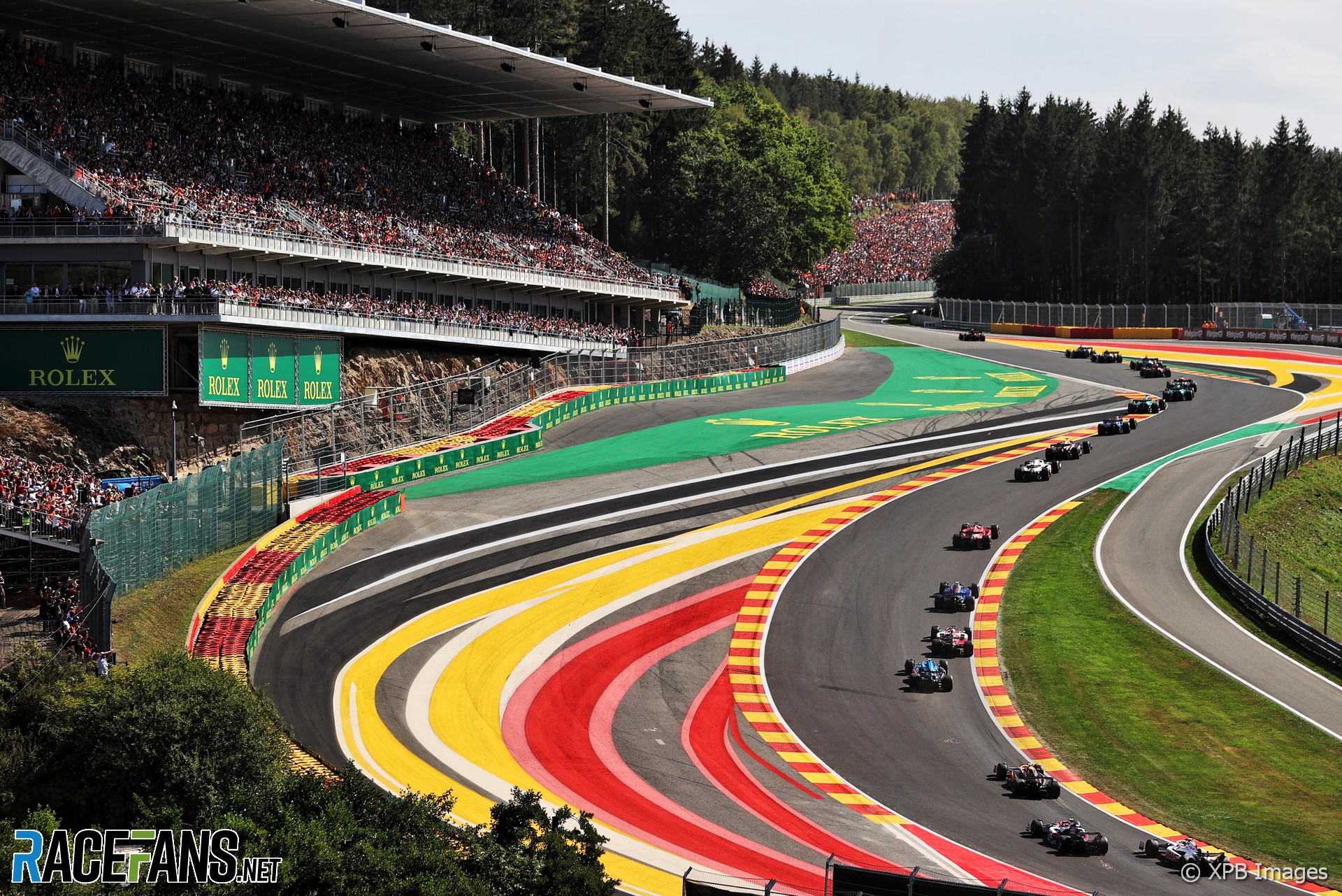 6 Winners and 5 Losers from the Belgian Grand Prix – Who shone in the Spa sunshine?

McLaren has “multiple plans” as it awaits CRB outcome

McLaren has “multiple plans” as it awaits CRB outcome