Ferrari’s SF-75 is expected to be the strongest car at the downforce-sensitive Hungaroring given its season-long cornering and acceleration advantage over the field, and Sainz put it to good use for a time of 1m 18.750s, beating Verstappen’s best effort by 0.13s. It was Sainz’s second hot lap on the one set of soft tires, hinting at greater reserves of pace.

Charles Leclerc was third and 0.289s slower than his teammate.

MEDLAND: Vettel shouldn’t be scared of what’s next

First practice was a little more frenetic than usual for a grand prix weekend. Thunderstorms are forecast to strike the track overnight and all through Saturday. Teams therefore have no need to reserve sets of softs for qualifying and are therefore using them throughout Friday in preparation for a dry grand prix on Sunday.

Several teams were also busy collecting aero data ahead of the midseason break and off the back of several upgrades. McLaren was one such team, with both cars running large aero rakes behind the front tire early in the session as the team seeks to unlock more performance from the update package introduced last weekend in France.

Lando Norris was fourth quickest, his best time 0.549s off the pace, while teammate Daniel Ricciardo was eighth and another half-second down the order.

George Russell was the quickest Mercedes in fifth, 0.856s off the best time. He had to deal with overheating issues on his W13 late in the hour, with ambient temperature at around 92 degrees F.

Sergio Perez was sixth and a further 0.016s back, the Mexican unable to string together his fastest lap on softs late despite setting a purple first sector.

Lewis Hamilton was seventh ahead of Ricciardo and Alpine teammates Esteban Ocon and Fernando Alonso.

Another team busy with update evaluation was Aston Martin, which spent the first 45 minutes of the hour-long session implementing a controversial new rear wing design.

The new part appears to circumvent the intention of the rules by re-imagining the rear-wing endplates written out of the regulation this season to reduce aerodynamic wake, but the team says the FIA ticked off the design as legal. Sebastian Vettel and Lance Stroll took the presumably higher-downforce part to 11th and 12th respectively. 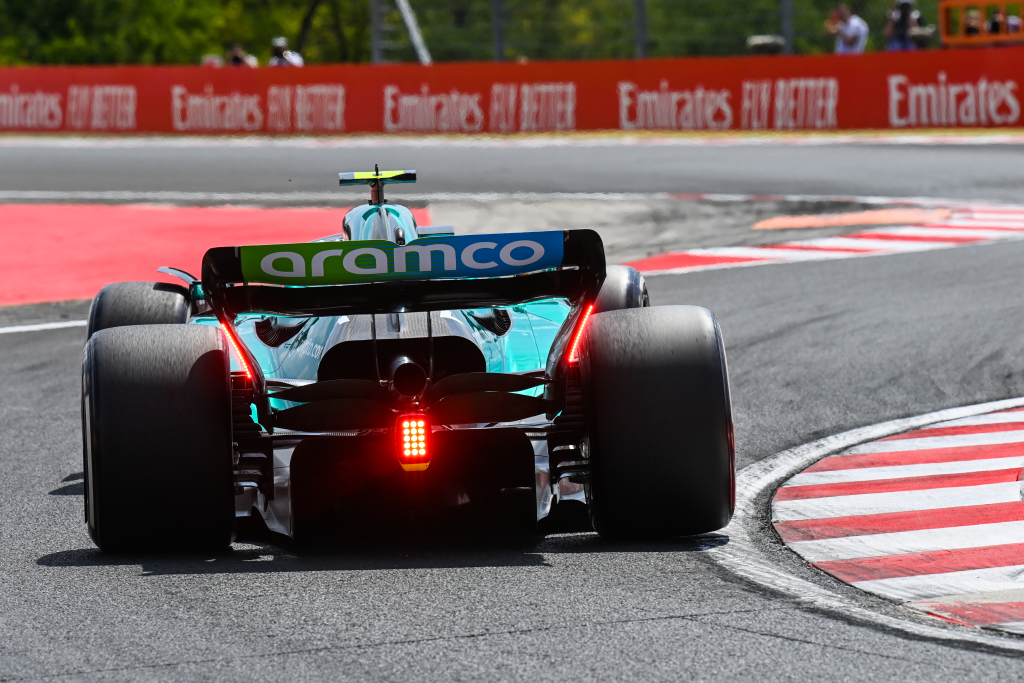 Pierre Gasly and Yuki Tsunoda were 13th and 14th for AlphaTauri ahead of Alfa Romeo’s Zhou Guanyu and Alex Albon’s Williams.

Kevin Magnussen was 17th with the sole example of Haas’s sole upgrade package for the season. He was 0.1s quicker than teammate Mick Schumacher in the old-spec car.

Robert Kubica stood in for Valtteri Bottas for FP1 as part of his development driver duties and finished the session 19th ahead of Nicholas Latifi at the bottom of the order. 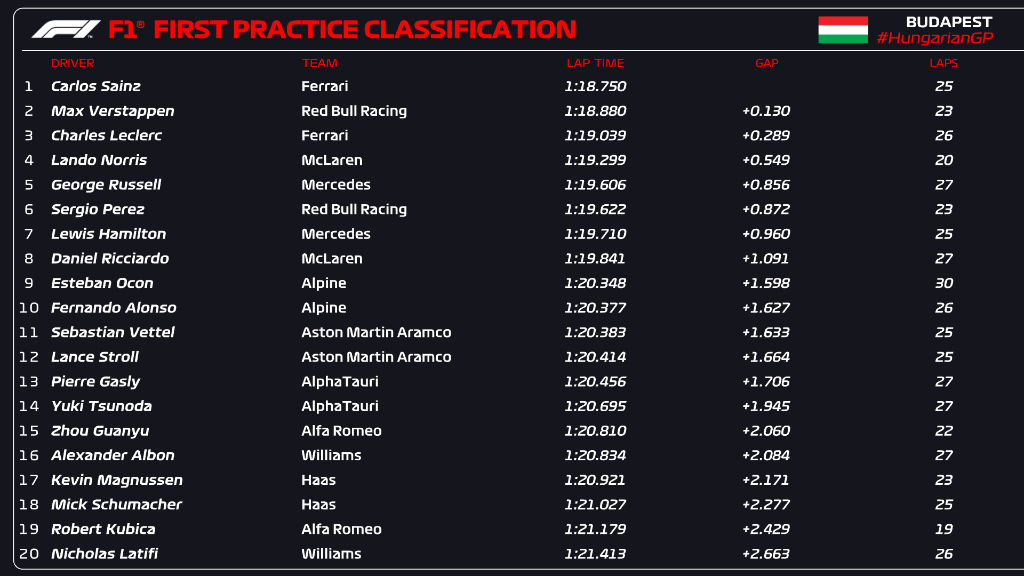 HIGHLIGHTS: Relive the action from the first practice session at the Hungarian Grand Prix

HIGHLIGHTS: Relive the action from the first practice session at the Hungarian Grand Prix

Honda to continue Red Bull support until end of 2025